No place for me

Ghazi and Katia meet each other in Oslo in 2012. He has left Tunisia and journeyed across the Mediterranean in search for a better life, only to end up on the outskirts of society. Katia is a journalist working on a book about unaccompanied minors. Katia and Ghazi become close. When Ghazi is to be deported from Norway and forced to return to Tunisia, his tone is hardened. Instead of the latest news on Messi and Ronaldo, Ghazi sends Katia terror propaganda videos.

We follow Ghazi for seven years, starting with his quiet life with his grandmother in Tunisia, via Sweden and Norway and finally into the darkness of war-ravaged Syria.

This is a heartfelt story of a life driven to ruin in the search for stability and human decency. It’s also a unique eyewitness account trying to understand the mechanisms driving young people into radical movements, and the merciless aftermath for those who manage to get out. 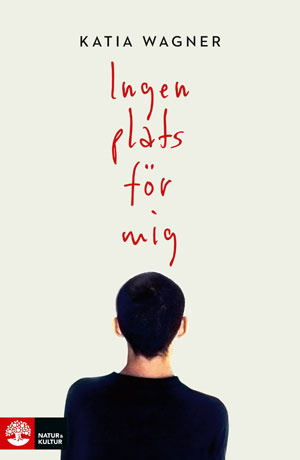 Thoughts on the book

This is Ghazi’s story. His recollections, his memory gaps, version and historical narrative. A sort of contemporary history and biography that begins as a journalistic work and changes character along the way. Where necessary, I’ve used journalistic methods and background material to tell the story as authentically as possible. I’ve changed some things for security reasons. During a lengthy stay in the Middle East, I’ve met a great number of people with different perspectives. They’ve given me details, data, and testimony that align closely with what Ghazi has told me. Depictions of the environment in Syria are from him, but also from the accounts and international reporting of others.

This is also a story about what it’s like to be close to someone who is recruited. The many phases: I try to reason, I’m angry, desperate, disappointed, sad. I feel loathing and grief, shame and guilt. I’m scared. I’m a caregiver, I look for ways out, cut him off, renew contact.

I fail to protect him, stop him. And maybe that’s important: that words, influence, counterarguments and strong emotions alone don’t work when someone has fallen into the clutches of those who manipulate and exploit. I believe it also depends on the conditions. In Ghazi’s case, I can think of several crossroads that might have altered his story. When societal players could have acted differently. When I could have done something different. His mother and father, Tunisian society. And Ghazi himself, if circumstances had been different.

In 2008, my book Alexandramannen (“Alexandra Man”) was published. It’s about a man who used the fake identity “Alexandra” to systematically lure young girls, whom he later sexually assaulted. What happened to those girls is quite similar to what Ghazi was subjected to in Norway. The initial sense of belonging, the support, the quickly established friendship. And then the manipulation, the control, the power. One of the girls, who posed naked, sent naked photos and received money for sex, described it this way:

“We had a connection. It felt like ‘Alexandra’ cared. We chatted about everything and had fun together.”

And at the same time:

“‘Alexandra’s’ way of persuading was the worst I’ve ever experienced. She nagged and nagged and nagged. She had an argument for everything. I never thought that I would go along with this, but in the end, I just gave up.”

The girls got no help from the adult world while this was going on. They were alone, with no protection against the man who tormented and raped them.

Ghazi cried for help, but he wasn’t taken seriously. He was exploited by human traffickers, drug dealers, Salafists. He tried to tell the authorities, but they looked the other way.

In court in Tunisia, Ghazi’s attorney argued that Tunisian society has betrayed its young people, that they’ve seen no other solution than to leave. For Europe, for ISIS.

“We cannot abdicate this responsibility,” he said in his closing arguments at the terrorism trial in Tunis.

Ghazi himself is responsible for his actions, his fateful decisions. At the same time, circumstances played an important role. That’s part of the complexity.

Maybe it’s tempting to see those who’ve been radicalized as crazy, evil people, completely different from “us.” People who’ve watched the same filmed executions we have and have decided to participate in the terror. Maybe we’re trying to identify them based on that evil. I think this is one of the explanations for why society has obvious difficulty stopping those who are heading toward extremism. Demonization gets in the way, so we don’t see the others. The ones who are lost. Uprooted. Suggestible. Young, searching individuals who don’t feel at home anywhere.

Ghazi didn’t watch the videos of beheadings and rapes and think he wanted to go there, to the Islamic State. He listened to speeches about belonging and brotherhood. About creating meaning in his life. He saw videos about conspiracies against Islam, about racism against Muslims. About attacks on Sunnis, women and children, the devastation after American bombs. About his brothers in Islam who were traveling there to fight back.

At around the same time that ISIS lost its last stronghold in the self- proclaimed caliphate, the US president issued a statement offering a $1 million reward in the hunt for Hamza bin Laden, the son of Osama bin Laden, leader of al- Qaeda at the time of the September 11, 2001 attacks. The terror network was believed to have been significantly weakened by the mid-2000s, thanks to America’s war on terror.

ISIS has not been wiped out simply because their territory was taken from them. They are estimated to have maintained substantial financial assets and many thousands of followers, in Iraq and Syria as well as in other parts of the world such as Libya, Afghanistan, and countries in Africa and Asia. They still represent a serious threat. The attacks continue, and other terrorist groups are advancing their positions. The horrific bombings in Sri Lanka in the spring of 2019 are a key example.

As always, I believe that a variety of perspectives, a variety of voices, are required if we are to gain deeper insight into the complexity—even if what we encounter may be provocative or outright offensive. I detest ISIS. I am deeply distressed by the unimaginable cruelties their victims endure. And so is Ghazi. That’s why we’re choosing to tell this story.